Pentagon Has A Rich History Since 1996

At just 26 years old and without a penny in his pocket, our current Director – of Operations set out to teach the local business community about the potentials of the internet. This was back in the days when people were still wondering if ‘this internet thing’ was ever going to take off, and many of them did not even know what a website was before he explained it to them. The journey was challenging in its beginnings, with some people being reluctant to accept new technology into their business structures. By patiently explaining the benefits of the internet to these business owners, Pentagon started to win them over one by one and eventually got the involvement of much of the local business community.

It was the confidence and determination to utilize the internet’s vast potential that set Pentagon on its path to success. Our CEO was sometimes jokingly called “Mr. Internet” during those early days in client meetings. He is a testament to hard work getting results.

Two years after the company’s founding, Pentagon reached its first 100 clients as the internet continuing to grow in popularity. Yahoo eventually took over from its predecessor AltaVista and made searching for websites even easier. By the year 2000, Pentagon had become a go-to in the UAE for web development and hosting services. By the year 2002, we had our own networking division now named Pentagon Computers.

Over the course of the following twenty years, Pentagon flourished with constant innovation and extremely dedicated customer service maintaining it as a fore runner in world web development services. New offices were opened in multiple locations around the globe including USA, Canada and India. In addition, we added new services to ensure our clients remained one step ahead of the game.

With the invention of Penta Cloud, Penta File Manager, Penta Server, Penta Newsletter and Penta Mail, the Pentagon company continued to grow both its customer base and staff. Having always employed the very best personnel, our company grew to employ a number of highly skilled and experienced developers over the years. Pentagon focused on adopting a workplace culture of growth and partnership which continues today.

Since it’s humble beginnings in 1996, Pentagon has utilized its position to help many businesses achieve success. Having developed professional partnerships with Google and Microsoft, we are excited about what the future holds. At the same time, we do not forget out history. We are proud of who we are and where we have come from. At Pentagon, we will continue to succeed using the same tools we did when we started – hard work, determination and a sense of innovation.

Our Achievements So Far

Pentagon has a rich history with its roots having been set down even before Google was established. This is our unique heritage and story: 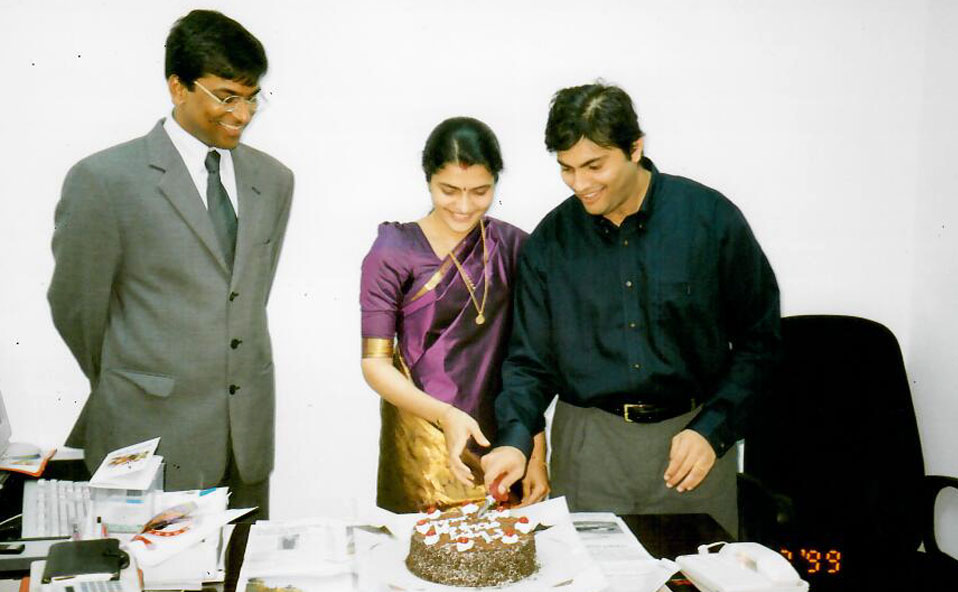 1996 was the year of a headstart for the Pentagon in the UAE. We initiated the journey towards growth with some visionaries and passionate people. The objective was to reach the zenith point of the business with hard work and innovation and create a long-lasting bond with customers and the team. 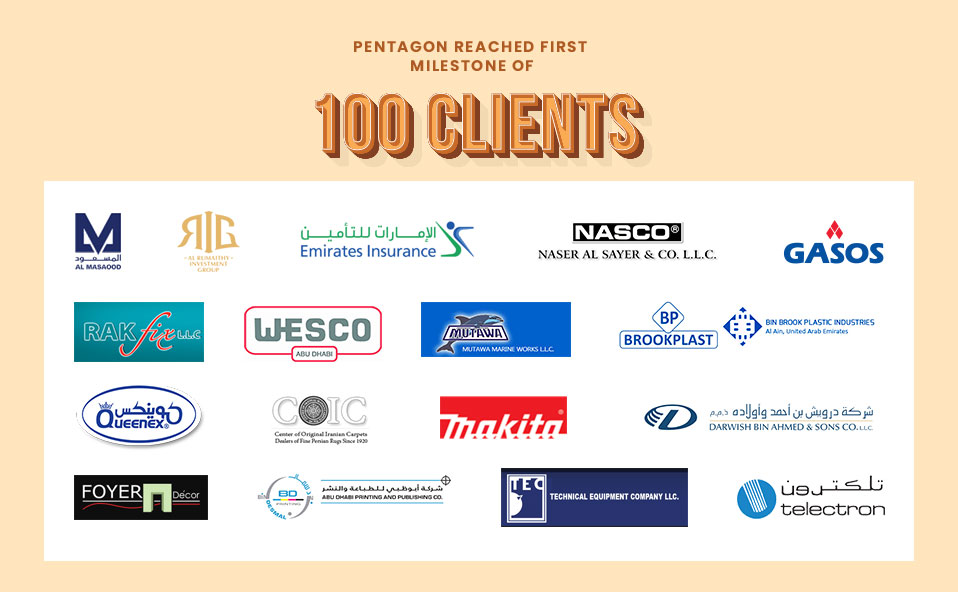 1998, two years after the foundation was the year of our notable achievement. In this short span, we create a base of 100 clients. We thank our team for their undying effort and dedication to convince our clients with their work. It was a proud moment to motivate us towards more milestones. 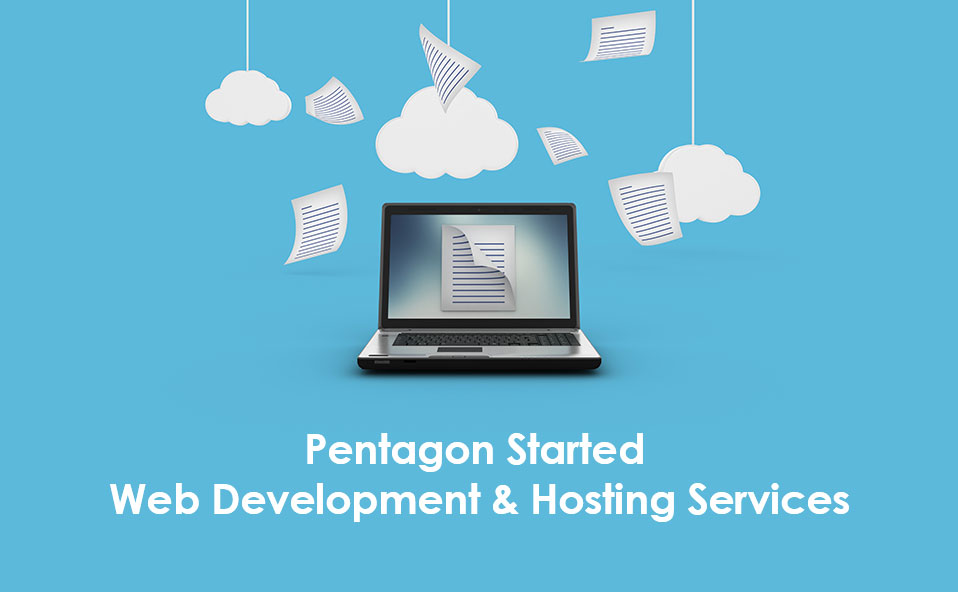 Our first step to establish us as a Web Development Company and Hosting Service Provider in the UAE. We got some industry-best talents with innovative minds to help us climb the ladder towards perfection and excellence and meet clients’ expectations. 2000 was the year of its foundation. 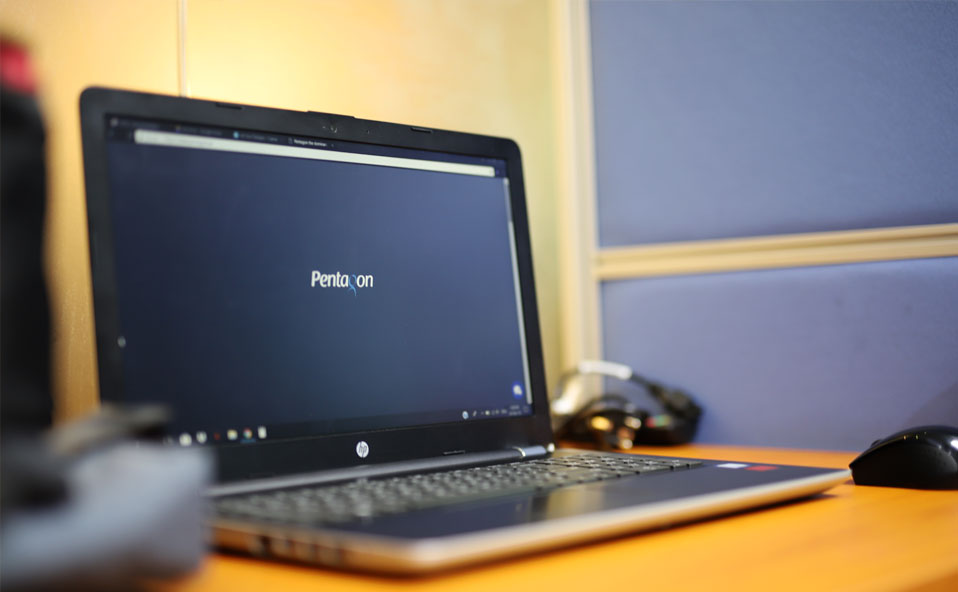 One more wing added to the Pentagon and our dreams. We introduced a networking division in Pentagon - Pentagon Computers. This was a massive achievement. This step accelerated our business process and ignited more desperation for growth and advancement with a pool of talented people and eminent stakeholders. 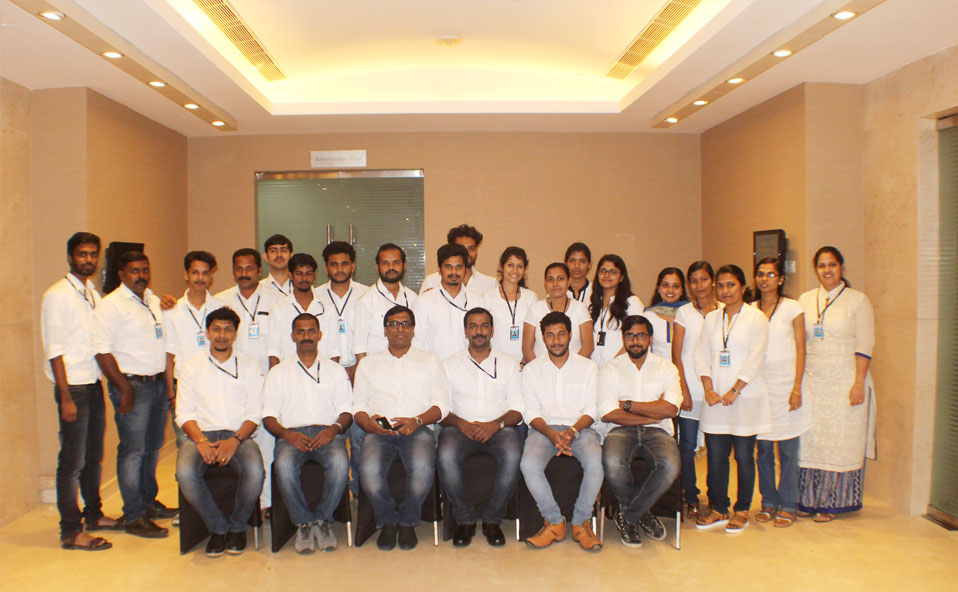 One of our major goals was achieved! After UAE, we successfully stepped into another country with our offerings and formed Pentagon India. It was a fabulous experience altogether to witness our business grow from one country to another with more people in our corporate family. 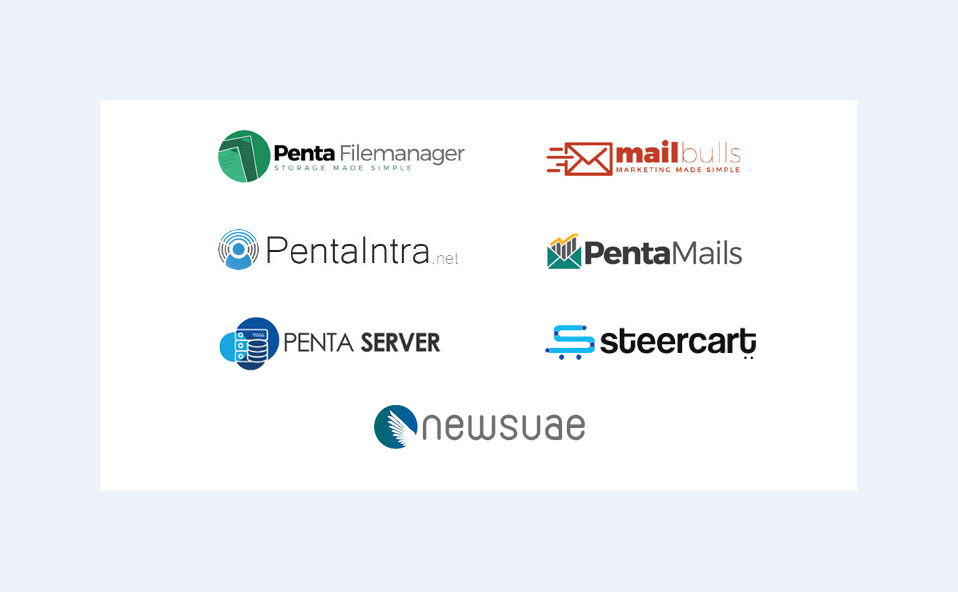 A busy and yet exciting year with lots of product launches. Our visionaries and the innovative team boosted us to spread more and add more feathers to the cap. With them, we released Pental Mails, Penta Server, Penta File Manager, Penta Newsletter, and Penta Cloud. 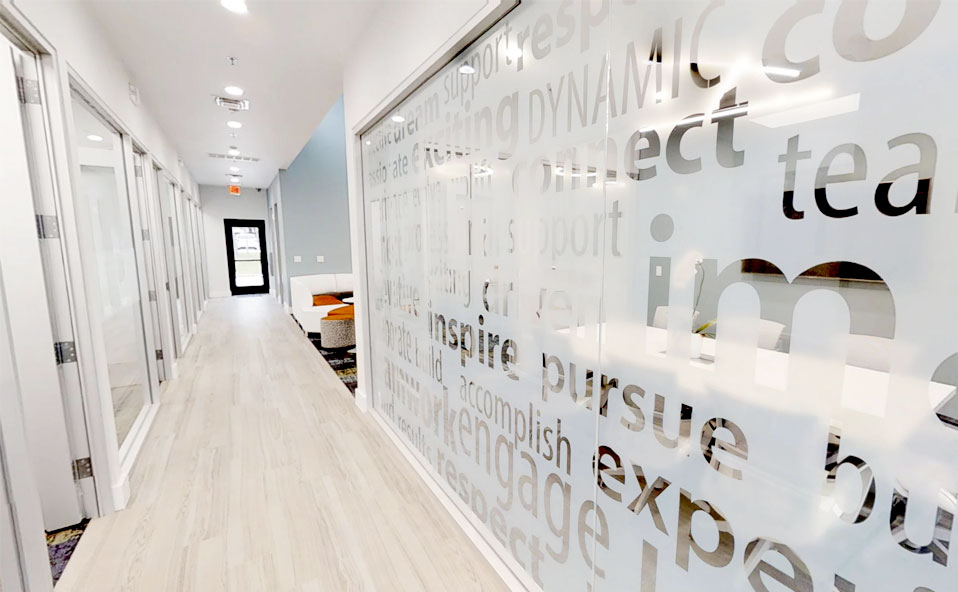 We got our new addresses. A strong tree that was planted in the UAE spread its branches in the USA (Houston) in 2010. It was another proud moment in the last decade for us to build our empire beyond our geographical territory. 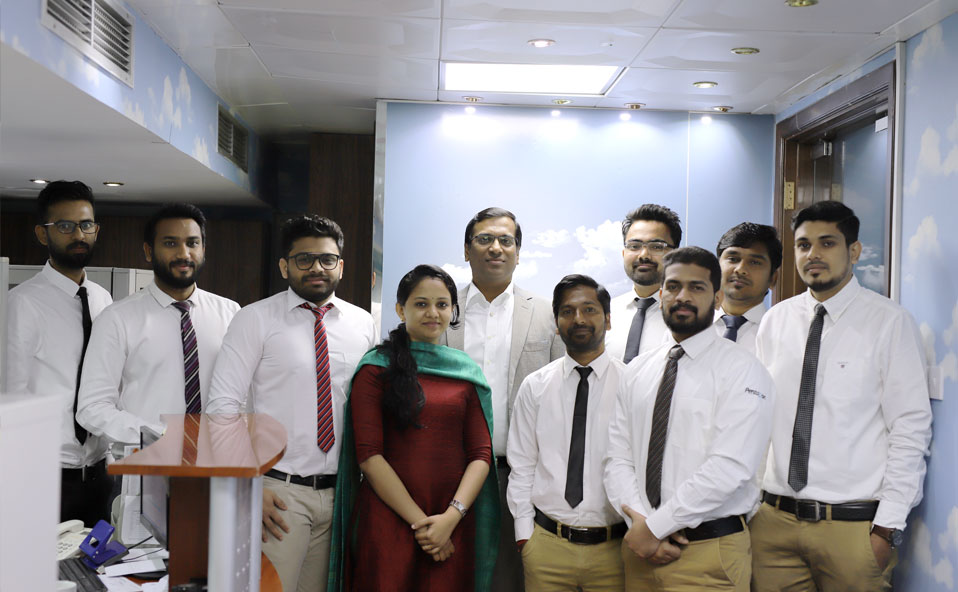 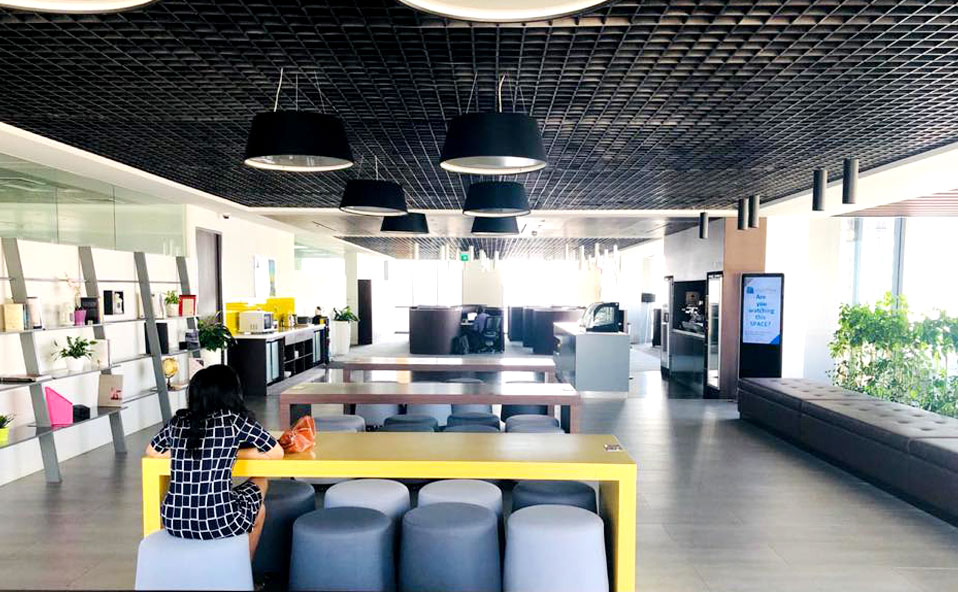 We extended our family to two more countries. Penta added two more new addresses in Dubai and the USA (Frisco). With our consistent clientele who had faith in us and our proficient team, we made it possible within this short span - Five branches in Five different Countries. 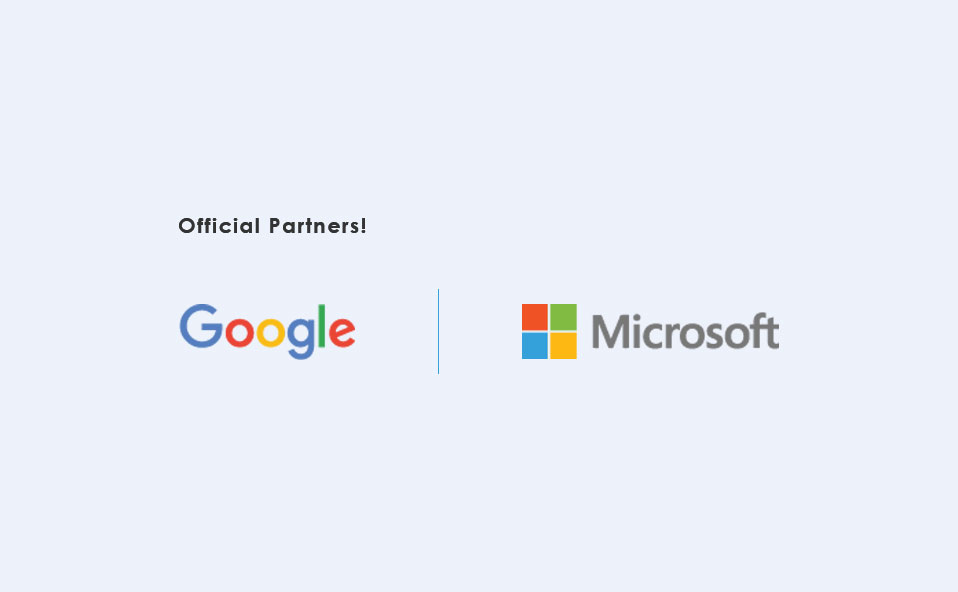 Most awaited partnership worked out for us. We made a successful collaboration with Google Apps for Work and Microsoft Office 365. It was a dream that came true. More agility and more development were waiting for us with this fruitful accomplishment and we paved our way with this. 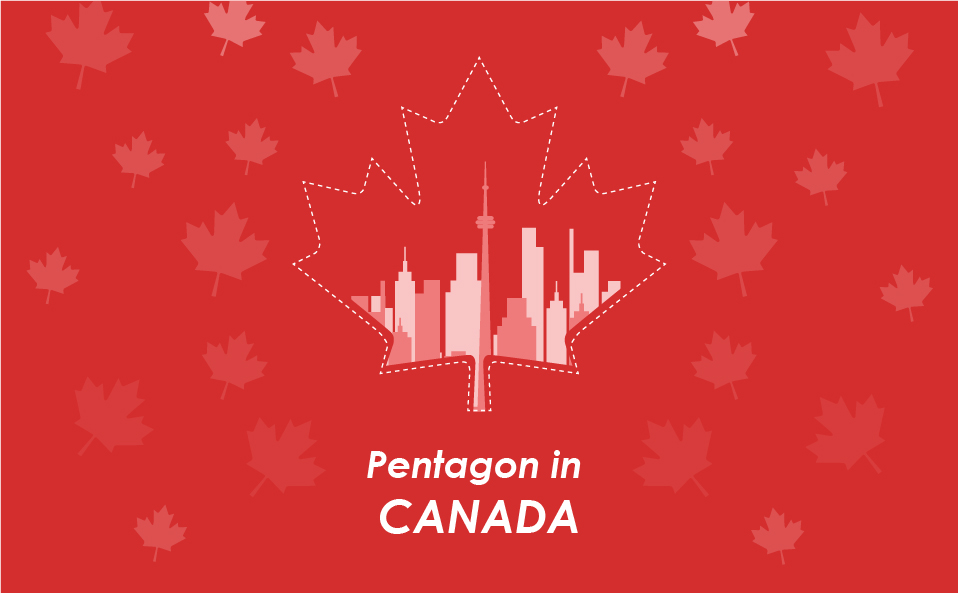 This time, we started our journey in Canada. It is the sixth place we made our footprints in 20 years. It was quite an achievement for us. Sheer gratitude for our entire team for their spirit and stakeholders for their support. Without them, we couldn’t have reached this far. 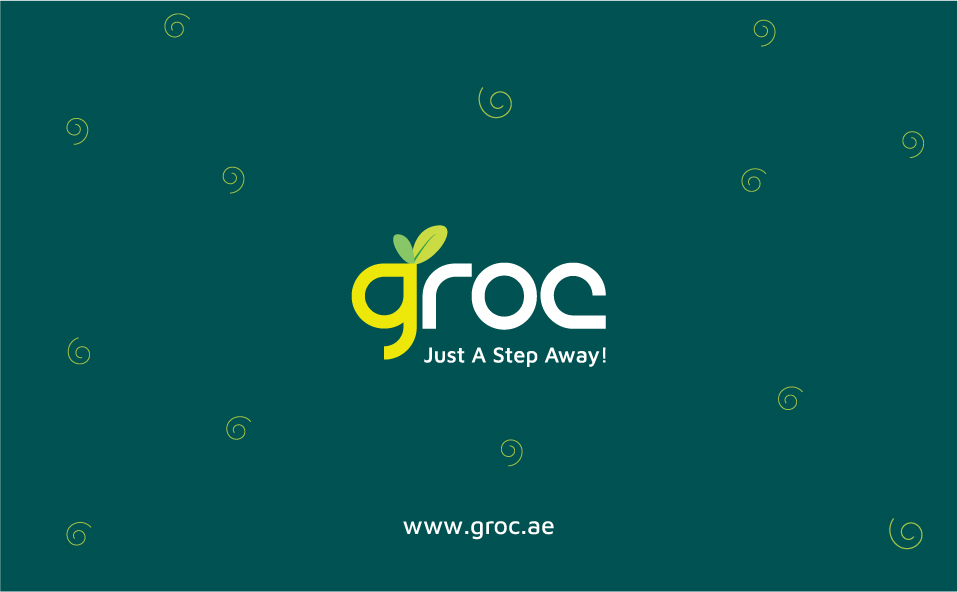 Explored the Grocery business and made remarkable progress in it. Pentagon launched Groc App for its users to alleviate their experience of online grocery shopping. With easy interface, user-friendly navigation, interesting layout, and advanced technology, we stepped ahead of our competitors and cornered the market with our product.